Rapiro is a cute, affordable, and easy to assemble humanoid robot kit. Comes with 12 servo motors and an Arduino compatible Rapiro main board. Designed for Raspberry Pi. Its limitless possibilities all depend on you. 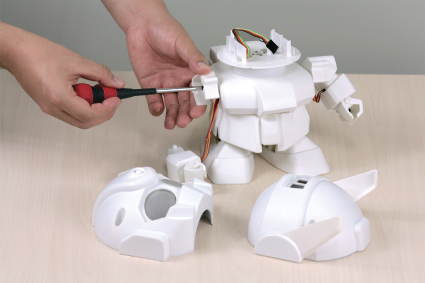 Rapiro is easy to assemble! All you need to build is two screwdrivers and to follow the simple step-by-step instructions. 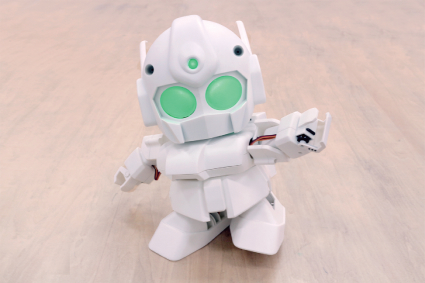 Not a programmer? Not a problem! Rapiro comes with a pre-programmed Rapiro main board which works right after assembling. 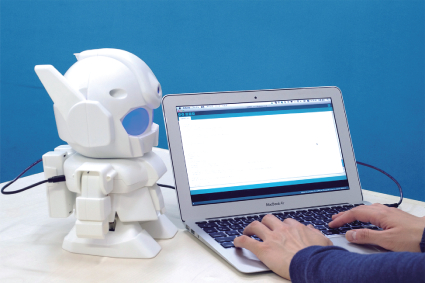 The Rapiro main board is Arduino compatible and you can program it using the Arduino IDE. Your Rapiro could dance or sweep your desk if you program it to do so. 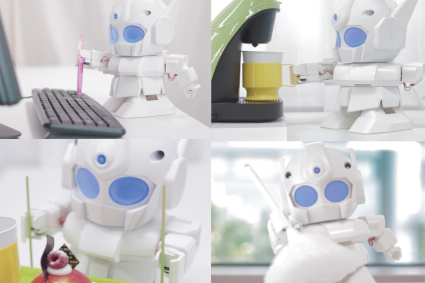 Rapiro has countless possibilities for expansion! By installing a Raspberry Pi and sensors, you can add more functions like Wi-Fi, Bluetooth, image recognition and whatever you want. 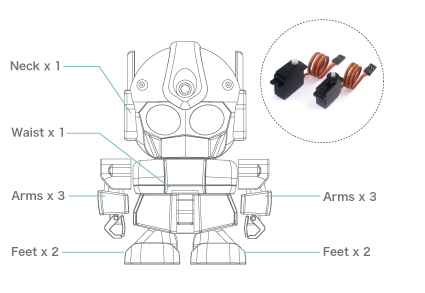 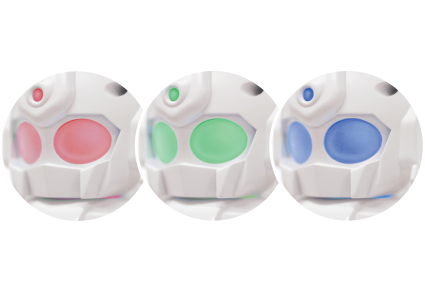 Rapiro's eyes can be lit up brightly by RGB LEDs. You can give a full facial expression to Rapiro, by programming its eye color. 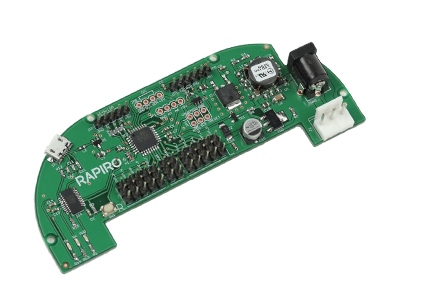 The Rapiro main board works like an Arduino board, and it can be reprogrammed using Arduino IDE. Rapiro is not only for those who have programming skills but also for beginners. Arduino is a combination of an 8-bit AVR based microcontroller board and C++ like development environment (Arduino IDE).

You can install Raspberry Pi 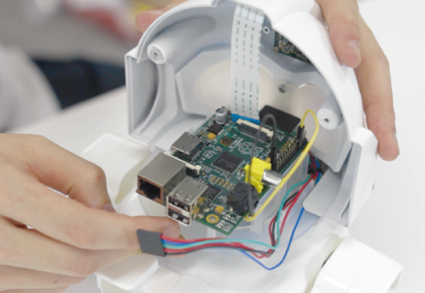 If you want more functions, you could do it by installing a Raspberry Pi (sold seprately) inside Rapiro. Raspberry Pi can be programmed with a wide variety of programming languages for Linux. Depending on your programming, your Rapiro could give you message notifications with Wi-Fi enabled or could protect your home as a security robot using a camera module! Rapiro is designed for Raspberry Pi model A and B. You can also install Raspberry Pi model B+ with small modifications to the plastics parts of Rapiro. See the compatibility information of Rapiro and the model B+..

Before purchasing Rapiro, please understand what is included and what is not included in this kit. 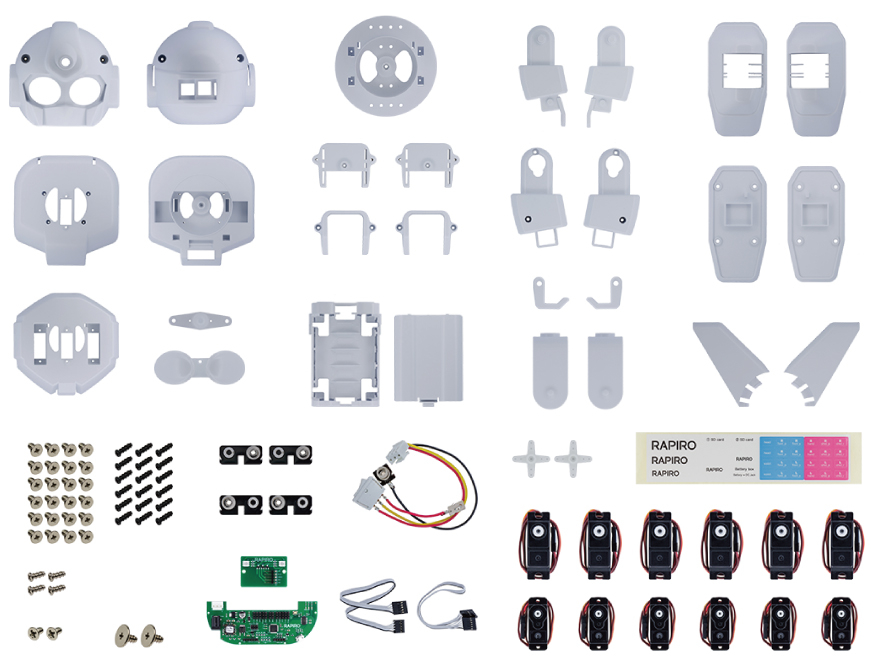 Not included in this kit

You can purchase Rapiro from the following stores.